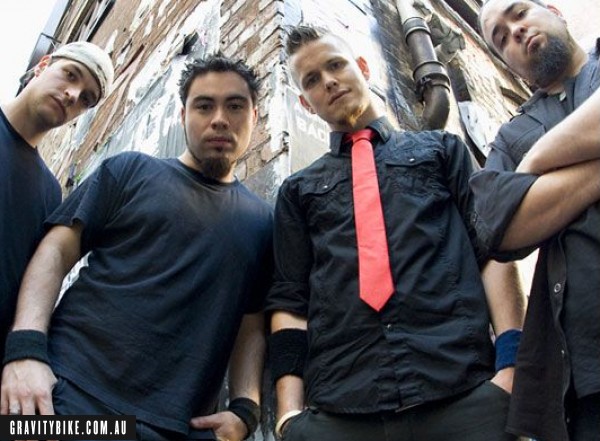 If you have managed to check out GBHQ's You Tube Channel you have probably heard the awesome tunes of Australian band NEW SKINN!

NEW SKINN was formed in 2002 but no one knew what was to come until the final member of this impressive act completed the line up in 2008. Now with incredible force, Phil G on vocals/rhythm guitar, Chris AKA GreekMan on bass, Greco on lead guitar and Xman on drums, have hit the music scene running and no one/thing can hold them back.

With powerful riffs, shredding leads, Phil G's soaring signature vocals, Xman's intense and untamed beats and GreekMan's cutting edge bass sound, NEW SKINN has brought together a wide range of their influences and developed their own unique sound, that is NEW SKINN.

In 2007, NEW SKINN released their debut EP "Cause & Effect". A heavy 2 year show schedule after the EP release made them one of the most exiting acts in Melbourne. NEW SKINN will release their debut album on June 12th, 2010 at the Hi Fi Bar Melbourne, with an Australian tour to follow.